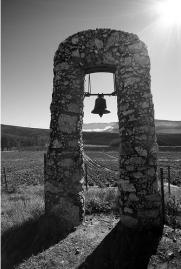 In the not so distant past there was a distinct line between the slave and his or her master.  The slave was considered to be less than human, more closely related to the horse or oxen than to a human being.  They were there to harvest the crops and tend to the chores around the home.  Eventually, common sense prevailed and slavery was abolished, however slavery continues today in a more subtle form and of our own making.  We have become the slave and the master.

Everyday throughout this country, people force themselves to show up for work at a job they loathe.  They do it because they feel as though they have to.  There is no other choice than to suffer through another day, another week, in order to get that paycheck in their hands so they can put food on the table, a roof over their head and clothes on their back.

If we didn’t buy all of this unnecessary Stuff, just how much less time would we need to be slaves in a job where we are unhappy solely for the purpose of financing all of the things we buy but don’t actually need?  I live a pretty basic life today compared to how I used to.  Sure, I still spend money and enjoy my life, but I do it more responsibly.  I think about how I am spending my money and how it will affect my future.  I consider whether or not what I am purchasing will add value to my life or if it will end up on eBay or a landfill before I buy it.  I used to blow my entire paycheck buying things like DVDs and CDs.  I didn’t have a penny saved, but I had a lot of Stuff sitting around my apartment, collecting dust.  At least I had something to show for all of my hard work, right?

While I did have a lot of things as a result of my ability to spend frivolously, none of it added value to my life.  I may have been entertained while watching a movie, but wouldn’t I have been just as entertained had I rented it or borrowed it from a friend?  Of course I would have and I would have saved myself about $15 in the process, but I wouldn’t have anything to show for my work.

Every single week of my life I have $82 withdrawn from my checking account to make my car payment.  That is money that I never see, it is just gone;  $328 in after tax money each month.  That is over 33 hours worth of work just to pay for a car (net income divided by a 40 hour work week), which is used primarily to take me to work.  Sweet irony.

Many people don’t consider how much money they actually bring home.  A person may gross $40,000 a year but thanks to Federal Taxes, State Taxes, FICA, medical and dental insurance, 401(k) contributions, alimony and whatever else a person may have deducted from their earnings, their checks don’t amount to $40,000 at the end of the year.  People rationalize to themselves that buying a $20 DVD is only an hour and a half of work, but in reality is more than that because you are paying with after tax dollars.

We are spending ourselves into a situation where we really do need that job that we hate so much because now we have a mortgage, a car loan, consumer credit card debt and we keep spending more and more on things we don’t need.  We are the masters to our own slavery.  Until we are able to break ourselves of these spending habits we will continue to rely on a job that doesn’t make us happy.  We will continue to shuffle our feet through the door of a company which doesn’t allow the personal freedom or creativity we desire in a job.

We may as well be pulling a plow across the earth like our ancestors.  The major difference between then and now is there wasn’t a choice in the past but today there is, and we are our own masters.  Whenever you feel like it is time to break free from the chains of slavery, you are in control to make that decision.  The more debt you accumulate and each dollar you waste is another day of slavery.  It doesn’t need to be that way…break free.

2 thoughts on “Master of Our Own Slavery”